Cocoa beans:
Native to the Americas, it can be used as a beverage and chocolate candy, rich in nutrients, mellow and fragrant. Cocoa beans are the fruit of cocoa trees. Before Columbus arrived in the United States, tropical Central American residents, especially Maya and Aztecs, were known to use cocoa beans, not only to make cocoa into beverages, but also to trade medium. In the 16th century, cocoa beans were introduced into Europe, refined into cocoa powder and chocolate, and refined cocoa butter.
Chocolate, formerly known as cocoa, is a seed taken from the fruit of the cocoa tree. This fruit, which grows directly from the trunk and branches, is also called cocoa pod. The chocolate we are now familiar with is made from cocoa beans and then added with sugar, milk, peanuts and other accessories, and has nothing to do with coffee.
Mature cocoa, also known as cocoa pods, changes color from cyan to tan or brownish red, with different tree varieties, with different shapes and sizes.
When you open the pods, you can see the cocoa beans wrapped in the white floc. Take out the beans and dry them, then bake them, which is the cocoa beans. 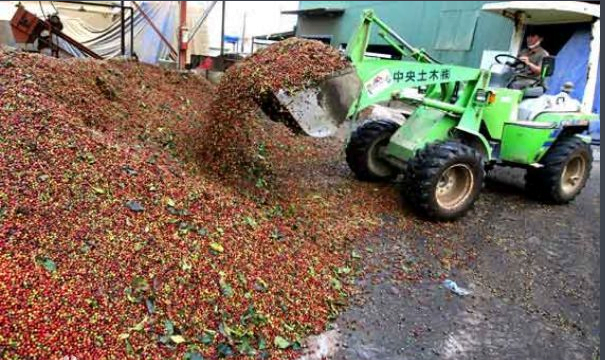